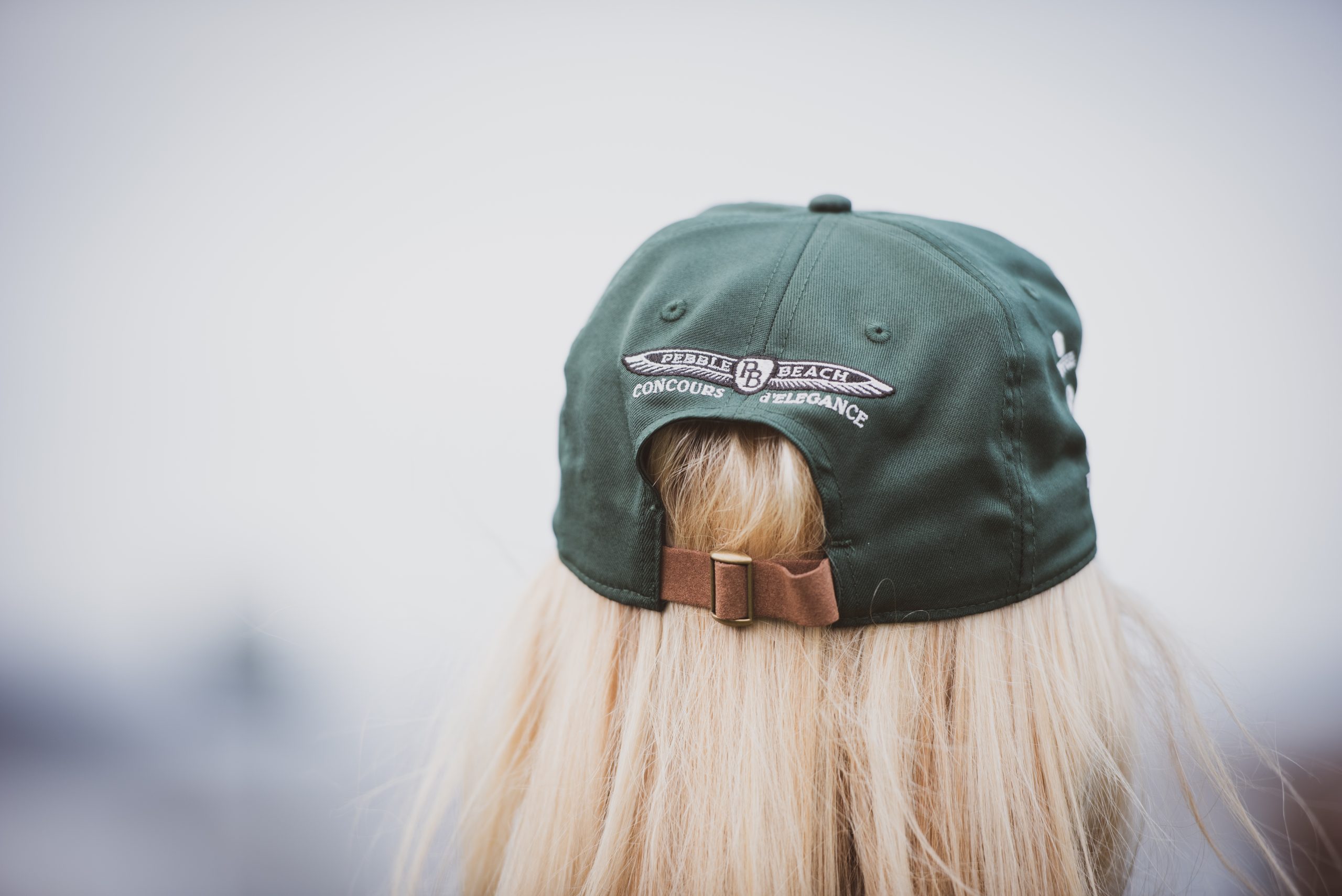 1. The Pebble Beach Concours d’Elegance has become the anchor for a week’s worth of automotive festivities on the Monterey Peninsula but it was originally a bit of an afterthought, organized to add some class to the inaugural 1950 Pebble Beach Road Races. As a matter of fact, the car show wasn’t even listed on the event poster until 1952, and didn’t get its own poster until 1958. Ironically, the Concours has lasted longer than the road races, which were discontinued after a fatality in the 1956 race, spurring the construction of a dedicated (and safer) race track at Laguna Seca.

2. While the Pebble Beach show is today known for honoring great historic automobiles, in the early years most of the cars on display and all of the show winners were late model cars. It wasn’t until racer Phil Hill’s 1931 Pierce Arrow LeBaron Town Car Cabriolet won Best of Show in 1955 that a prewar car was honored. Since then only two postwar cars have won, a 1964 Maserati Mistral in 1968 and a 1954 Ferrari 375 MM Scaglietti Coupe in 2014.

3. The Pebble Beach Concours d’Elegance is the oldest continuous concours in North America. The oldest concours in the world is the Concorso d’Eleganza Villa d’Este, which began in 1929.

4. Lest you think that the Pebble Beach show is just for trailer queens and museum pieces, about 80 percent of the entries take part in the Pebble Beach Tour d’Elegance presented by Rolex, a 70 mile cruise on the Peninsula that take place before the actual Concours. The tour is not just for show, either, as participants are awarded green ribbons which function to break ties in the Class competitions.

5. You likely know that the Concours takes place on the 18th fairway of the famed Pebble Beach Golf Links golfcourse, where golfing greats like Bobby Jones, Arnold Palmer, Jack Nicklaus and Tiger Woods have played. The Sunday of the Concours, however, is the only day of the year when the course is closed to golfers.

6. In addition to the fact that the Pebble Beach Concours has become the preeminent classic car show in America, it has also become an important venue for automobile manufacturers to display their most advanced cars of the future. The Concept Lawn on the golf course’s practice putting green across from The Lodge at Pebble Beach has introduced some of the most significant concept cars introduced in recent years.

7. In the mid-1970s, the Pebble Beach Concours d’Elegance had local clothier Robert Talbott design unique ties that were given to the show’s judges to wear as they rated the cars. The idea caught on, with dates and graphics related to each year’s featured marque added. The traditional ties, whose width has varied with the fashion of the day, have since been joined with bowties and ladies’ scarves that share the same patterns.

8. The first Pebble Beach Concours d’Elegance featured 31 entrants. This year’s concours will have more than 200 vehicles in the judged competition.

9. American racing legend Phil Hill was a double winner in 1955. As mentioned, his ’31 Pierce Arrow took Best of Show, while he also won the featured race that year in a 3.0 liter Ferrari 750 Monza Scaglietti Spider.

10. The first Best of Show, the 1950 Edwards R-26 Special Sport Roadster was also a double winner. San Francisco industrialist Sterling Edwards wanted to manufacture American sports car. He ended up making just eight cars over the course of a few years, but in 1950, his influential V8 powered American sports car took the blue ribbon in the first Concours and at the wheel of it he won his class and the first Del Monte Trophy in the road races.

11. Cars in the Pebble Beach Concours d’Elegance are evaluated by two groups of judges. The Class Judges are what you’d expect at a concours. Their focus is primarily on how original and authentic the cars are, giving the highest marks to those vehicles that are most properly preserved or most accurately restored. The focus of the second group, the Honorary Judges, is on the “d’Elegance” part of the show, which cars are most elegant. The scores of both groups of judges are factored into deciding both Class and Best of Show awards.

12. Vehicles on display at the Concours are chosen by a 15 member Selection Committee, experts that represent a variety of aspects to the vintage car hobby. Entrants for the August concours start applying in the previous November. Starting in January, entrants undergo a months long review and research process, sometimes including visits by members of the community to see the cars in person. Once the research is completed, a two-day Selection Committee meeting is held to choose those vehicles honored to participate and compete in the Concours. Successful entrants are notified by April.

13. The Selection Committee gives preference to vehicles that have not been shown previously at the Pebble Beach Concours d’Elegance or other major concours like Amelia Island or the Concours of America. Cars that have been previously shown at Pebble Beach may not reaturn within 10 years, unless they have been freshly restored by new owners.

14. Once accepted, entrants cannot show the cars at any other public car show, event, display or auction during the month of August prior to the Concours and entrants who show their cars earlier in the year are even asked to notify the show so organizers can keep the Concours unique. Cars participating in the Rolex Monterey Motorsports Reunion the week of the Concours can be exempted from that rule.

15. What began with one frequent entrant, Don Williams, wanting to watch all the cars drive onto the show field in the early morning has become a tradition. Soon, he was joined by retired GM designer Dave Holls. The crowds grew. In 2004, McKeel Hagerty started bringing doughnuts and handing out what have become highly prized baseball caps. Now, thousands of spectators show up before the sun rises to participate in the Dawn Patrol presented by Hagerty.

16. Dawn Patrol, the annual tradition that unofficially kicks off the Pebble Beach Concours d’Elegance at 5:30 a.m. for spectators to see each entrant car enter the show field, first began as Don Patrol. For years, beginning in the early 1970s, Don Williams, the concours’ most prolific entrant, would be onsite to see and hear every car. Soon coffee was served and word spread. In 2004, Hagerty elevated the early morning ritual with coffee, doughnuts, and a coveted hat that has become coveted Concours memorabilia.

17. The Bugatti Royale is considered by many to be the most magnificent motor vehicle ever made, with just six production Royales surviving (plus the original prototype and two accurate replicas). The only time all six Royales have appeared together was at the 1985 Pebble Beach Concours d’Elegance. Interestingly, while a Bugatti won Best of Show that year, it was a Type 57 Saoutchik Cabriolet that took the ribbon, not one of the Royales.

18. Although a majority of Best of Show winners have been foreign marques, the largest group of winners by country has been American, with 17 victories. France, with all those Bugatti wins, is in second place with 16 Best of Shows, followed by the United Kingdom (14), Germany (10), and Italy (9).

19. The majority of American winners of Best of Show have been Packards and Duesenbergs, two brands that are long out of business. America’s surviving luxury automakers, Lincoln and Cadillac, have never won, though they have been featured marques.

20. What started as a social event became philanthropic in 1961 when a $1 admission fee for spectators was instituted, with proceeds benefiting the Monterey Peninsula Hospital Auxiliary. Today, the Pebble Beach Concours d’Elegance is a charity event that funds the Pebble Beach Company Foundation, a non-profit organization dedicated to serve the educational needs of the children of Monterey County. The Concours also benefits The Phil Hill Scholarships that were established in 2009 to honor the memory of Phil Hill, America’s first Formula One driving champion and a longtime participant and friend of the Pebble Beach Concours d’Elegance. The grants are intended to encourage the ongoing preservation and restoration of historic automobiles by supporting students in automotive arts and technical programs. The Concours also funds the Jules “J.” & Sally Heumann scholarships that are awarded to students in the automotive restoration program at McPherson College in Kansas.

21. Since 1952, the Pebble Beach Concours d’Elegance has been held continuosly on the lawn of the Del Monte Lodge (now called The Lodge at Pebble Beach) and on the adjacent 18th fairway at the Pebble Beach Golf Links course. The Lodge and Links were completed in 1919 by Samuel Finley Brown Morse, who managed the Pacific Improvement Company, which had extensive real estate holdings on the Monterey Peninsula. As it has hosted the U.S. Open golf championships you might think that the facilty is a private country club, but the Pebble Beach course is open to the public. It may be open to the public but it isn’t cheap. Greens fees are $575. If you want to reserve a tee time in advance, you’ll also have to cover the cost of two nights’ stay in the Lodge.

21. The Pebble Beach Company, which operates the Links and the Lodge is currently owned by a group that has included the late golfing great Arnold Palmer, as well as actor/director Clint Eastwood, who has been the mayor of nearby Carmel, California.

22. Starting with Packard and Cord in 1955, every year the Pebble Beach Concours d’Elegance has honored at least one featured marque. This year’s featured marque is Iso Rivolta, maker of Italian performance and luxury cars from 1953 to 1974.

23. This year, the Pebble Beach Concours d’Elegance is also honoring Pininfarina, the Italian coachbuilder that has bodied some of the world’s most exciting cars, and Harry Miller, Indianapolis 500 legend who had a hand in building or powering 39 winners of that race.

24. In addition to Class ribbons and the Best of Show winner, the Pebble Beach Concours d’Elegance has a number of special awards that honor particular individuals who have had major roles in the Concours’ history, as well as specific marques. Also, there are four Most Elegant awards granted, considered by show enthusiasts to be second only in prestige to the Best of Show winners.