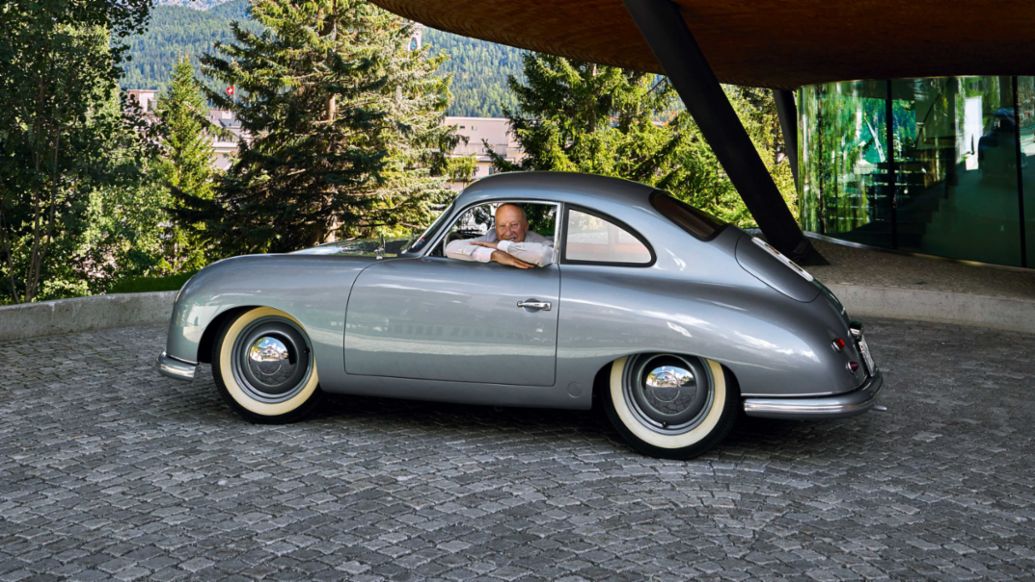 Renowned British architect Lord Norman Foster brings a wealth of design experience to the Pebble Beach Concours d’Elegance for 2021. His resume includes designing a long list of impressive structures, like the Apple Park and the Millau Viaduct, but he has been fascinated by race cars since he was a child.

Born in 1935 in Reddish and raised in Manchester, Foster earned a spot in high school by writing an essay about a racing duel on Germany’s Nürburgring track. “I realized I was fascinated by race cars. Especially Porsche’s designs with rear-wheel-drive. For me, these cars are works of art, like futuristic sculptures,” he recounted in a 2021 interview published in Porsche’s Christophorus magazine.

While combining his writing skills and his interest in cars could have led him to a career in automotive journalism, he dropped out of school at 16 due to financial reasons. Besides, his passion for design had grown to include airplanes. Determined to fly, he joined the Royal Air Force and earned a pilot’s license.

The foundations of Foster’s illustrious career in architecture are built on a library in Levenshulme, on the outskirts of Manchester, where he spent hours poring over design books like Le Corbusier’s Toward an Architecture. Fueled by an almost superhuman determination, he enrolled in the University of Manchester’s architecture program and earned a fellowship at Yale in 1961. His degrees and his growing portfolio earned him a job in San Francisco, where car culture was nearing the height of its popularity. He drove an MGA, which was fitting for a successful young professional, but he dreamed of owning a Porsche. California was one of Porsche’s biggest markets in America so 356s were a common sight.

“I was immediately fascinated by the form and the idea of this car,” he noted in reference to the 356.

Foster and his first wife Wendy founded an architectural office named Foster Associates in 1967. Working with computers before most of his peers and rivals, he boldly broke with tradition and designed buildings that left no one indifferent; the 44-story HSBC office tower in Hong Kong is a good example of his work. His firm also designed the London Stansted and Beijing Capital airports, among other buildings. His more recent projects include the 1,122-foot-long Millau Viaduct in the south of France, the glass-walled McLaren Technology Centre in Woking, England, and the Apple Park in Cupertino, California.

His international career didn’t go unnoticed in England. Queen Elizabeth II made him a knight in 1990 and he earned the title Lord Foster of Thames Bank in 1999. This distinction came with a seat in the House of Lords, which is the United Kingdom’s upper house of parliament. He retired from government work in 2010 and opened the Marid-based Norman Foster Foundation in 2017. Its aim is to help a new generation of architects, designers, and urbanists anticipate the future by promoting research.

Cars never left Foster’s mind. His 12-year collaboration with American inventor Richard Buckminster “Bucky” Fuller left a lasting impression on him. One of Fuller’s numerous creations was the Dymaxion, which represented an early, innovative, and unusual attempt at designing a flying car. He built three prototypes in the 1930s before losing interest in the project, but he left plans detailing how he could improve the basic design. In the 2000s, Foster relied on Fuller’s period notes to painstakingly build a fourth prototype from scratch. One of the improvements made was adding a handbrake, which the first three cars didn’t have. Foster has stressed the fourth car is not merely a replica of the third one built.

Many of Fuller’s Dymaxion-related blueprints and models are part of the Norman Foster Foundation’s collection, but accurately recreating the car required a tremendous amount of research. Foster and writer Jonathan Glancey compiled what they learned in a captivating book released in 2011. It includes rare documents (such as patent applications filed by Fuller), photos of the fourth car being assembled, and quotes from the men and women at Crosthwaite & Gardiner who completed the project. 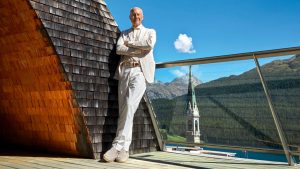 Foster lives in St. Moritz, Switzerland, in a house he named Chesa Futura, which means “house of the future” in the Romansch language originally spoken in the Grisons canton. His fascination with Porsche’s unique breed of cars powered by a rear-mounted engine hasn’t waned: his car collection includes a 1950 356 with a split windshield that has covered less than 4,000 miles and a later 356 C convertible.