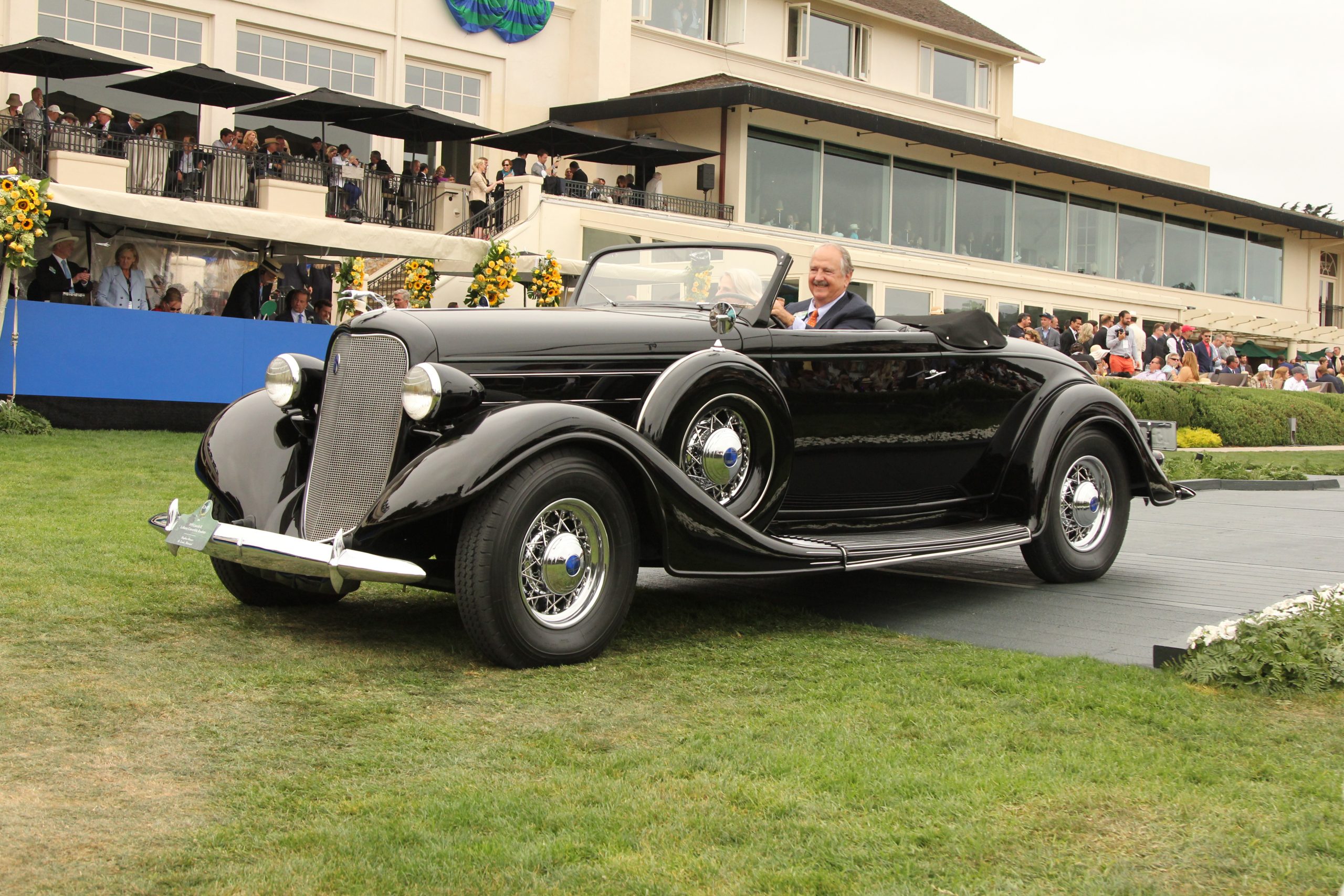 Organizing the annual Pebble Beach Concours d’Elegance wouldn’t be possible without the Selection Committee, which reviews applications and sends out invitations. Just as importantly, picking Best of Show each year requires a tightly-knit group of judges. St. Louis native Stephen Brauer is a member of both teams.

Born in 1945, Brauer developed a passion for cars at an early age thanks in part to Lee Hunter (1913-1986), his stepfather. Hunter notably invented a device in 1939 called Kwikurent that allowed motorists to charge their car’s battery without taking it out of the engine bay. It’s the ancestor of the modern battery charger. He later invented a machine that made it possible to balance a wheel-and-tire combination while it was spinning on the car.  At the time, many assumed this couldn’t be achieved. Lee Hunter founded  Hunter Engineering Company in 1946, and he was inducted posthumously into the Automotive Hall of Fame in 1992.

Following three years in the military, including a year in Vietnam, Brauer began his career at Hunter Engineering Company in 1971. He became the Chief Operating Officer in 1978, and he was appointed President in 1981. This move represented the first leadership change since the firm’s inception. With a finger on the market’s pulse, he steered his stepfather’s company into the digital age.  Today Hunter is a worldwide leader in computer based service equipment for the automotive industry.  Its products range from automotive lifts, balancers, and aligners, to the latest in ADAS (collision avoidance) diagnostics and calibration.  With subsidiaries in Canada, Germany, China and distributors around the world, Hunter continues to successfully  manufacture at its factories in the U.S.

Working in the automotive industry didn’t quench Brauer’s fascination with cars; if anything, it amplified it. He collects classic American cars and coachbuilt British cars from the post-war era.

Like many of his peers, Brauer became acquainted with the Pebble Beach Concours d’Elegance as a participant well before he joined the team of judges. He was first invited to the event in 1991, when he displayed a 1937 Rolls-Royce Phantom III on the lawn, and has exhibited nearly every year since.  Fast forward to 2011, and he was on the lawn in a stately 1969 Mercedes-Benz 600 Presidential Landaulet that took third in the Mercedes-Benz Preservation category. His 1935 Lincoln K LeBaron Convertible Roadster won the Lincoln Trophy in 2016.

Not all of his entries have made it to the top step. The beautifully restored 1932 Duesenberg Model J LeBaron Phaeton he brought to the Pebble Beach Concours d’Elegance in 2003 scored well but didn’t win. It was competing against three other Duesenberg models with rarer or more sought-after coachwork. Not all classics are equally desirable, even in the world of decades-old, multi-million-dollar bespoke cars.

Brauer has been a member of the Pebble Beach Concours d’Elegance’s Selection Committee since it was formed in 2005. This small group of collectors and experts is responsible for selecting which cars receive an invitation to the event.  “There’s always a huge demand to have your car on the lawn at Pebble Beach, so many more people apply than we have room to accept,” he explained in 2020 when describing his role as a member of the Selection Committee. Picking the cars that get invited is a painstakingly long process that requires a thorough knowledge of a car’s rarity and importance, then individual car history, and finally, state of restoration – is it restored (if necessary) to the way the manufacture built it.

An Honorary judge for the last 12 years, he was appointed Chief Honorary Judge in 2020, meaning 2021’s Concours will be his first in that position.

Brauer’s accomplishments extend far beyond the automotive world. He was a Civilian Aide to the Secretary of the Army between 1991 and 1994, served as U.S. Ambassador to Belgium, 2001-2003,  and more recently was Chair of the Board of Trustees of Washington University in St. Louis.